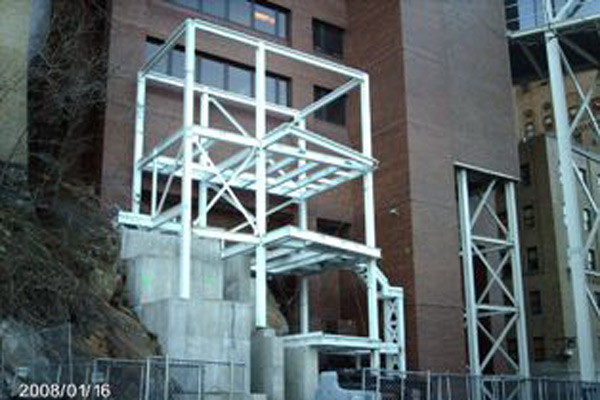 DiGeronimo prepared site planning studies at six locations.  The first proposed location was examined for street level and rejected because the building would intrude into zoning setbacks.  The final site location chosen was to the side and underneath the NYPI building, on top of rock by the access ramp from the West Side Highway to the George Washington Bridge.